a7iii appeared in great cost-performance. You can use both photos and videos, a7iii is enough power as a Mirrorless interchangeable lens camera.
This post is an impression of a replacement from the first a7 and the second generation a7ii etc.

It is a great camera.
A good function of the a7 series is well taken in, and a function which it is not necessary is being deferred. 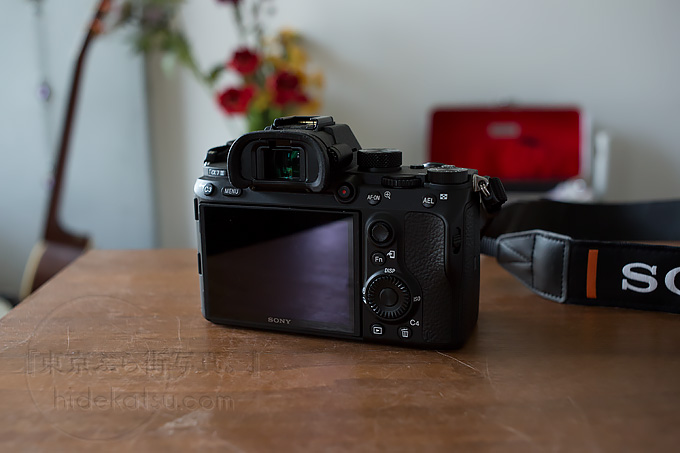 – 4K shooting is possible.
– Focus follow. If you do not suddenly change the focus position, it will be chasing quite a bit. Even if it goes off, it fits quite quickly with the shutter button 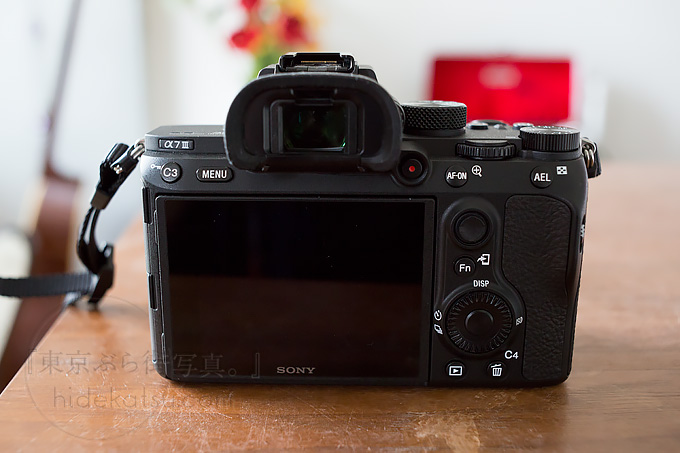 – It got a little heavier
– The operation buttons and around handles, feel clogged.
– The contents of MENU is also impressive with items filled up. Although it can be finely set, it is probably hard to understand for the first person of SONY a.
– I think that the battery has gotten between double from triple better.

I think that it was not easier than the first generation and the second generation. 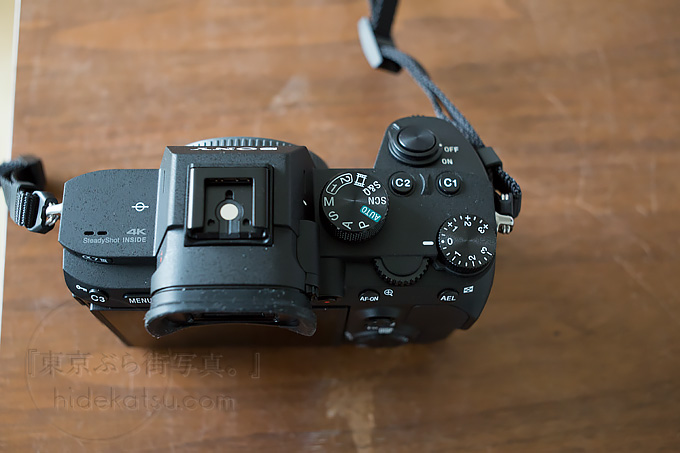 – It has a touch panel.
– There are almost no menus that can not be registered in the button (at least until the second generation I feel that there was quite a lot of things that can not be put )

The number of buttons has increased, and the freedom of each item that can be set is increased considerably.
So the first thing I thought was that you can switch the APS-C size with just one button.

In fact, sesquialteral zoom can be switched with buttons. 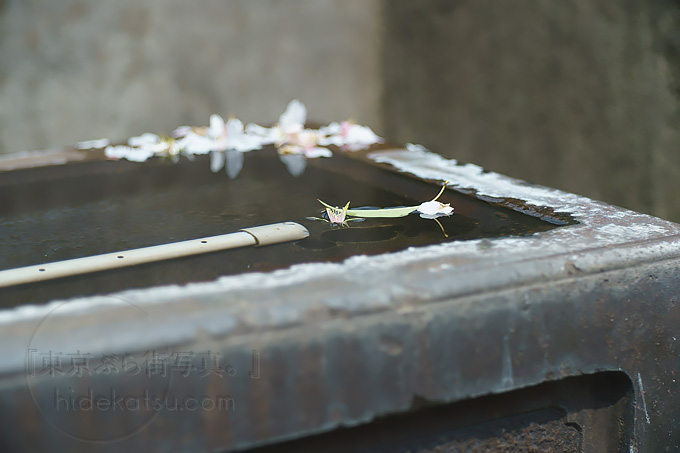 For example, in Leica Elmar 90mm L39 of the old lens, the shortest shooting distance is 100cm, so I can only get to this side. 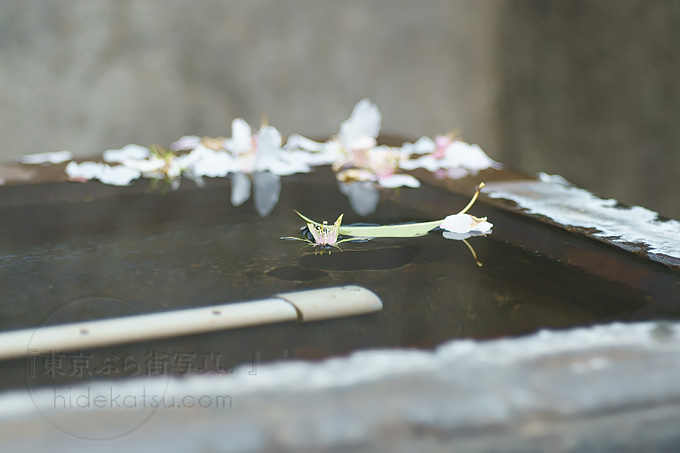 So, assigned APS-C button.
You can make it to about 1.5 magnification.
Compared to desorption of macromount, it is quite handy. I think that the image quality does not change almost.
「Articles on a7iii and Old Leica lens post are here.」 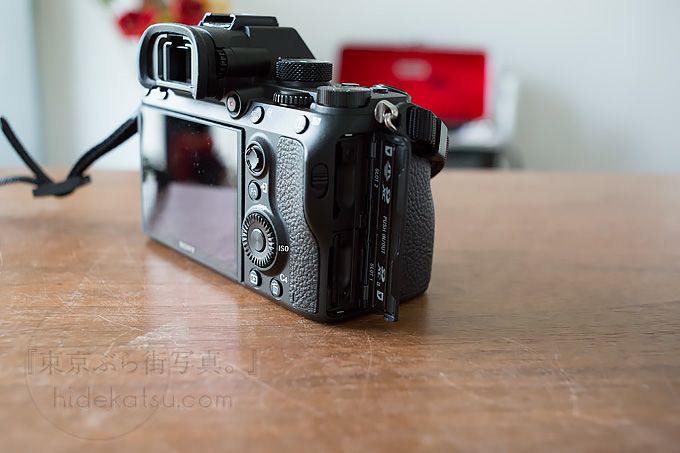 Is it the first time that two slots?
However, I have never experienced that 64GB SD has been full, at the work of photograph.
Even in video work, I often change it on the way. I think that two-SD use is scary and I will not do it.
It is my personal opinion.

Perhaps, everyone a common opinion about Memory Stick. 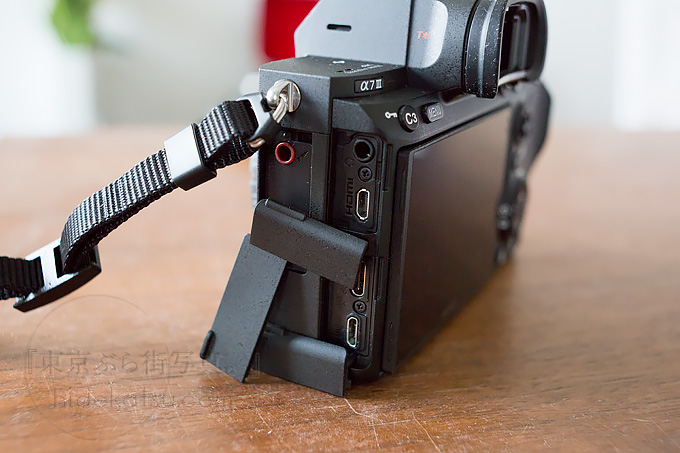 Is not there a better way?
At least, I’m worried about the cover.

It really does not sound at all, almost zero.

Although I used rental a 7 S ii at work, It is because a 7 iii was not in time for the release date.
Anyway, the silent shutter is very good.

It was an event shooting job.
Compared to when there was a shutter sound, Everyone does not conscious of the camera at all.

If everyone does not conscious, their expression will be natural.
Especially smiley face and seriously face, I think that it is easier than shutter sound appear for a good expression.
There was a notice beforehand that there was a camera shooting, but I think that this effect was great.

I was pleased to know that the silent shutter is also in a7iii.

Curtagon’s 35 mm that Nakayama woke up to the old lens in earnest. The famous Helios is like an entrance. [ – ]

Schneider Xenar 50mm in Gotokuji. It is a better lens than reputation.

The texture of Leica lenses are unique, there is a attractive that is only in Leica. But! Leica is expensive! [ – ]

This time there is a sorrow feeling in the thing that the lens manufacturer’s company “Meyer-Optik Görlitz” was absorbed, the [ – ]

Prestige Meyer-optik Oreston 50 mm. In addition to lenses that are inexpensive and often seen OK! in Sangenjaya

What kind of image is the optical design that has not changed for 40 years? Mir-1 37mm in Hamadayama

I organized the inside of the my computer. Because the big work was finish. Then, I found some pictures of [ – ]

Consider Trioplan 50mm bubble blur! such as distance and contrast.

This time also arrived it, when least expected about two weeks. However, this time it cames with a bonus case [ – ]