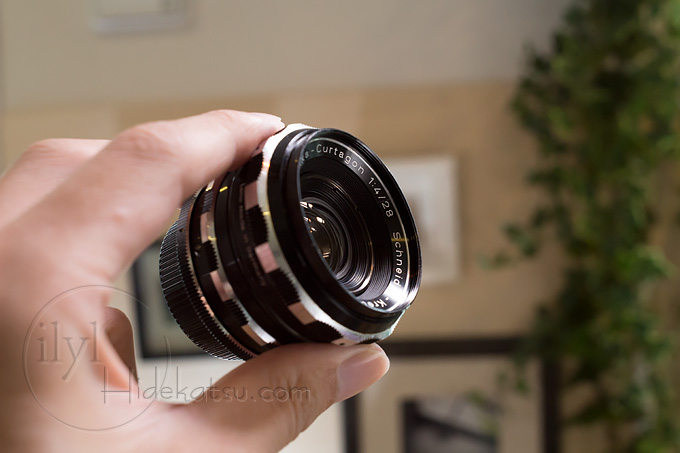 Written in the previous article , Curtagon 28mm version of German long-established first-class maker Schneider, the timing also coincident 1962 About the age. The appearance is Zebra pattern which is also like Old and it is an article I want to show to the lens fan. I have never met my fans yet, but haha.

· Take a full-scale shoot of this lens Curtagon 28mm with lens cleaning.
· Stop the white balance auto and try to match the weather of the day with the image of the place. Today is the main image of retro feeling directing.
· Try squeezing much like the overseas photos and see the difference from opening up. 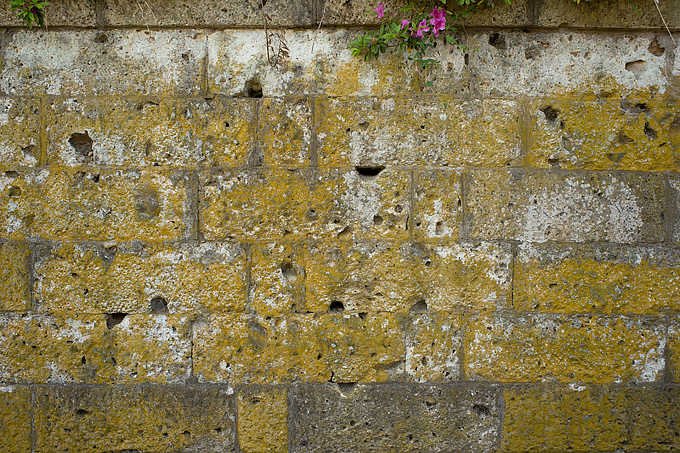 Is the line feeling as if it is crisp compared to Curtagon’s 35 mm? 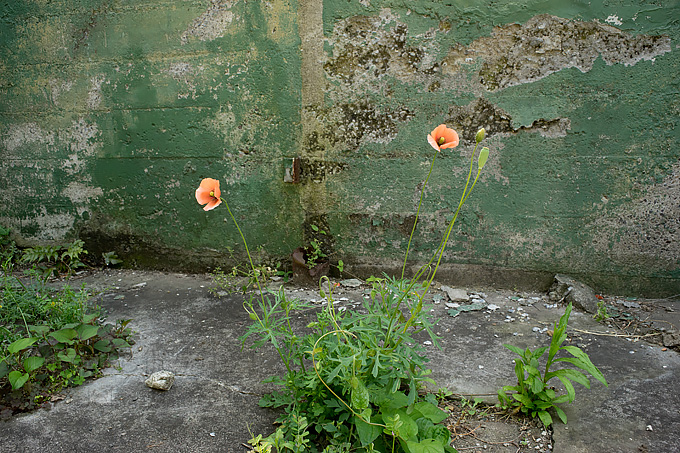 Although it is a difference of 7 mm, if this is a wide-angle lens this difference makes much difference in frame making, will it make a difference as a result? I do not think it is a lens with the very same name. 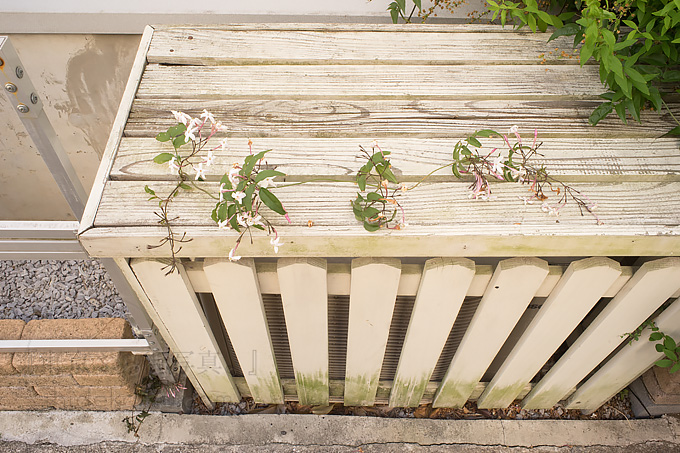 However, the representation of the gradation seems to be painting like 28mm here, and somehow the impressionists’ picturesque feeling is similar. 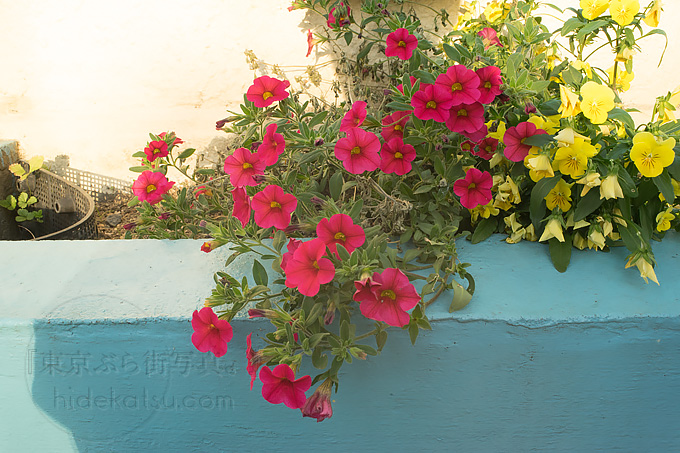 I think that the weather was good, but in the place where the sun hits the line is thickened and the color tone intensifies, as the contrast rises it seems that it will be the same dark as 35 mm.

Since it is F4.0, I think that it is not a lens that expects much blur, but since it is the shortest shooting distance of 20 cm, it depends on the subject as much as it is.

Liberation F4.0. It may be slightly white balance 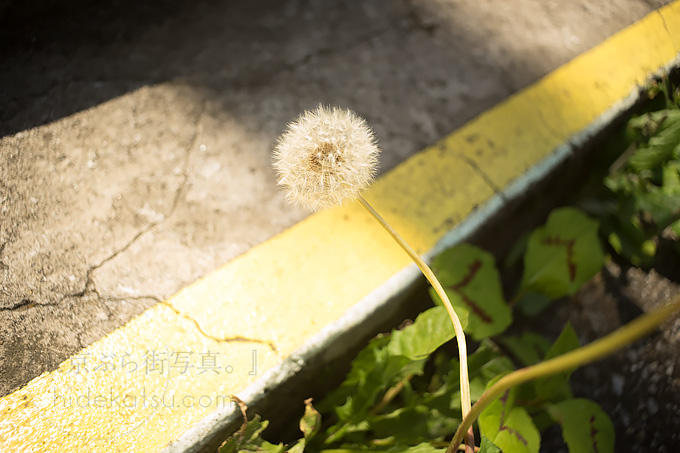 Because the angle of view is wide, the scene becomes easy to understand, so I think that handling is easy to handle even in narrow road widths and narrow places.

And then with liberation F4.0 the ambient light intensity falls pretty well, so in some cases it is an obstructing shadow, but also whether it is easy to shoot like attracting attention to the middle subject. 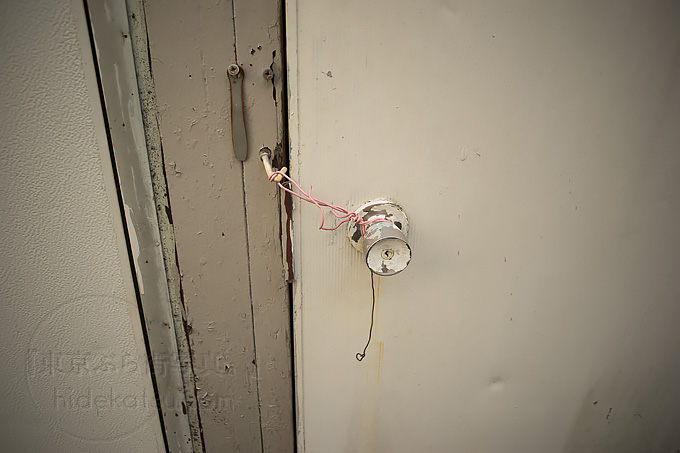 I think that blur is a kind of blur that melts obediently, but when it comes close to this, it seems to be a little groggle blur.

This time I did not have a macro helicoid, so I only got here, but if it is a macro, it might be possible to produce interesting taste with such a small subject. 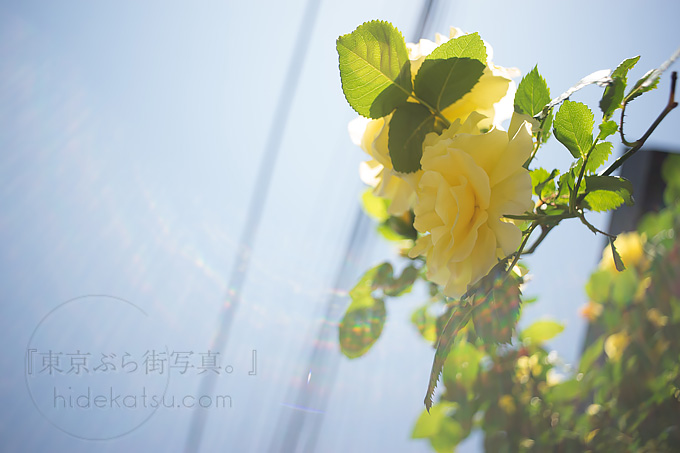 When flare and blur correspond with each other, painting is also delicious. The color taste looks like a 35 mm Curtagon, is not it? 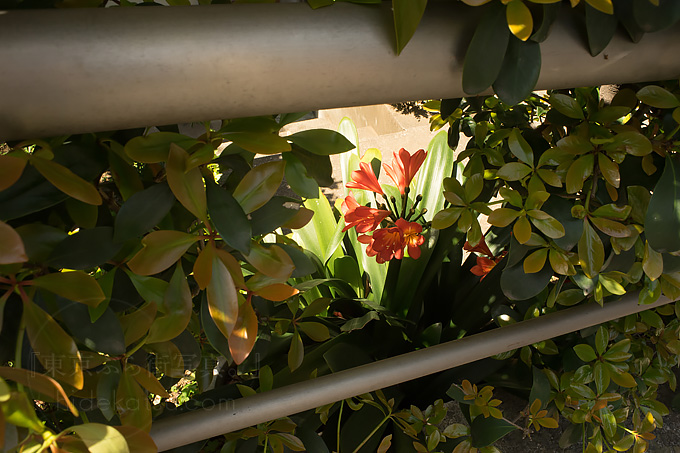 Personally, I like flavors and ghosts as a favorite one to put on photos, so I prefer lenses that are easy to use until the picture does not collapse.
Here, the back is pretty bright so I thought whether the highlight flew more, the tenacity of this neighborhood is also good. 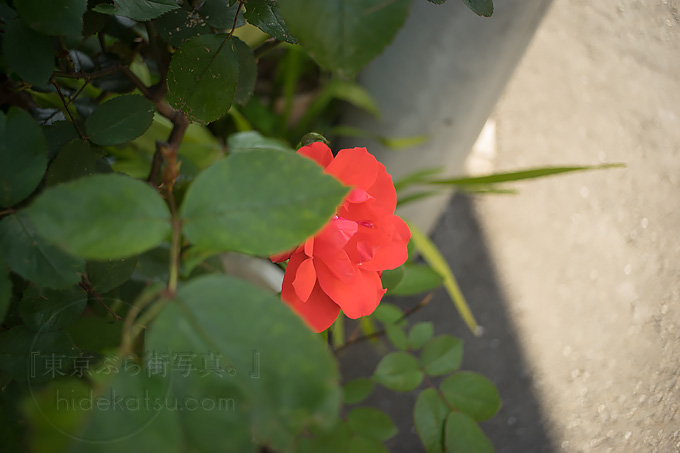 The lens that fly also may give a retro feeling, but does the highlight remain and feeling the color also helps painterly tone?

The mount is M42, the shortest shooting distance is 20 cm. 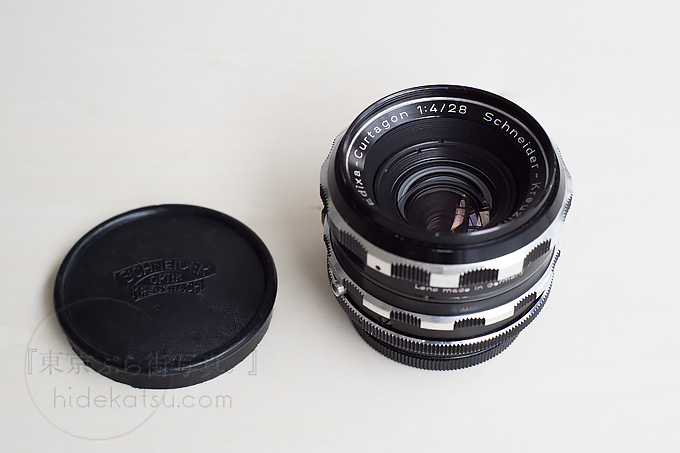 This time it is Yahoo auction and 100% rated trader.
Appearance condition: B, lens condition: C “There is a foggy like a balsam in the middle bowls”, in fact it has described the state more thinly, the goods that arrived were as it was.

As I thought that it was because of that clouds I felt that it was slightly whiteish, so I tried cleaning it as much as possible.
It seemed like a balsam sharp because I saw the cloud of the spider, but it is a lucky feeling when I wiped it off and it got caught off easily. You should leave a picture in the document.

I think that M42 mount is a good product, so I was able to purchase it as much as possible as a result.

We have also begun disassembling and cleaning lenses, making the lenses cleaned positively, making the optical part and the throttle part separate. When I tried out overhaul with another lens before, as I understood that the lens is clean and it is clear that it is clearly visible, it is a feeling that we have managed to see results recently by little challenges.

I bought a Sonnar junk that does not move, but I can not fix it. Abandonment 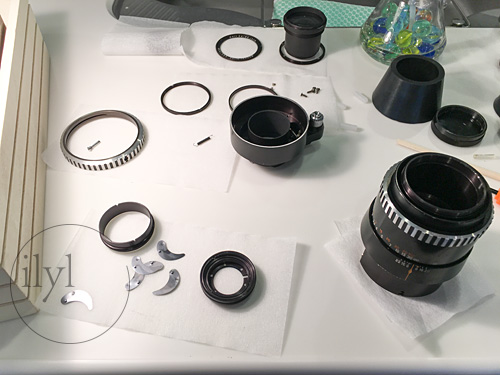 Although the disassembled lens is considerably more scratched, however ,,,
Many things old and screw parts are hard, they are still immature and parts of crabs slip.

Also, the vicinity of the diaphragm is really hard and I do not want to touch it if possible. The mechanism is completely different for each lens, and subtle and clever making is very beautiful, but drawing work and skill are both very hard work for myself which was a comparable grades.

Here it completely blows off, but with an interesting picture in conjunction with his shadow part. 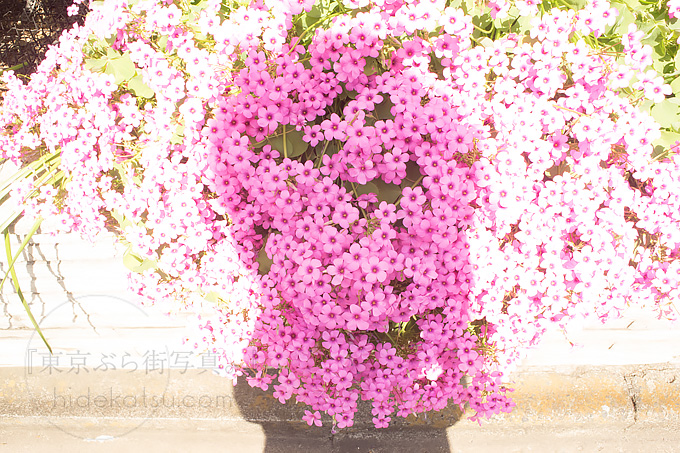 When I passed the front of the flower, I felt my own shadow came out beautifully, so I tried to take several pictures while trying various stops and shutter speeds.

Today I wanted to try the picture of the diaphragm F22 of the wide angle lens, so I normally use the shutter speed 1/100 as the standard, but I raised it to 1/50, aperture F22, ISO 1000 in this picture.
Since the camera shake correction is attached to the SONY α 7 II being used, if there is no wind, the shutter speed may be about 1/25. 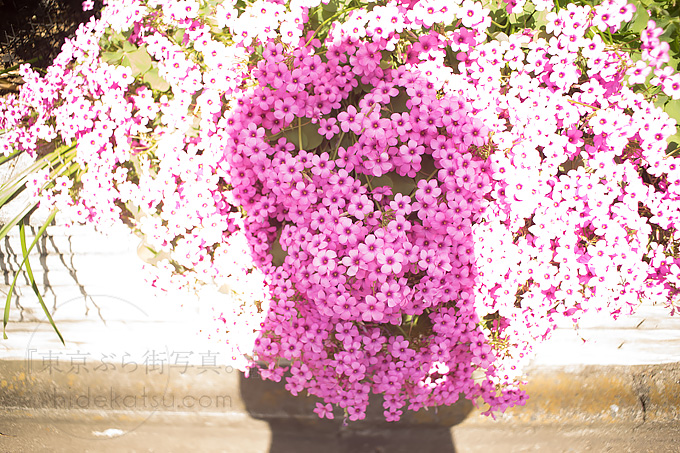 The difference of how the highlights of the petals in the shadow part is also more interesting than the picture at the top of the page is also interesting.

Picture at the top of the page 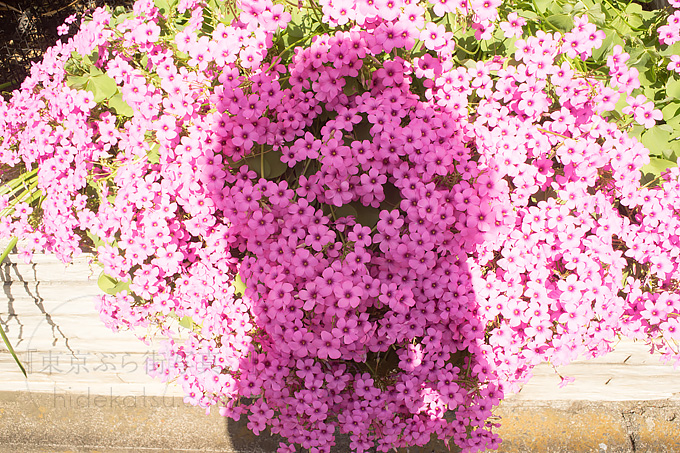 In addition, this time taking white balance practice and trying retro feeling, the white balance is fixed at 6500k, or 6000k with a slightly higher shooting.

Here, I think that it was good if I could copy it to the mirror and make it a gimmick, but I could not find a good subject. 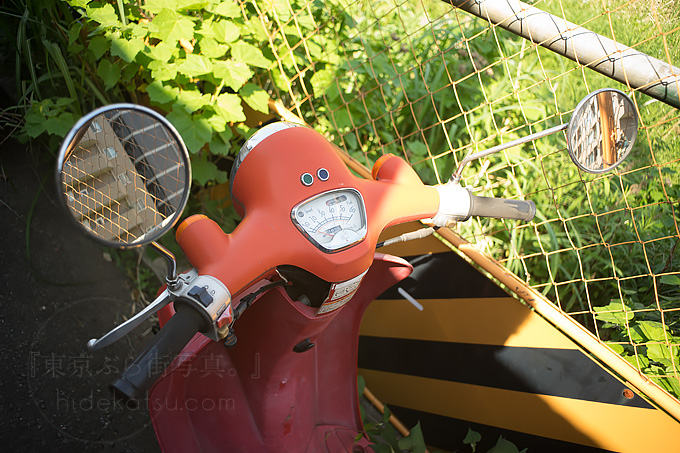 It looks like an old scooter, letters such as speed are retro fonts and it’s a good taste, but there is a focus, but it seems that it was too wide to make sense.
If it is only one point it should go about 50 mm.

Directing direction of shooting, as a portrait lens

Tasteful walls and subjects were easy to take.

Even if it is 28mm wide and wide angle it can be taken wide, 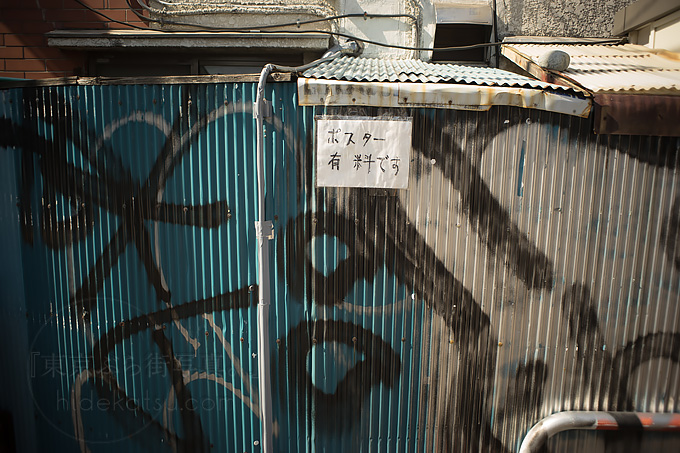 Even if you do not go down to the back, it’s quite okay, so it seems that usability is good even in trails etc.

The camera is SONY α 7 II, the image quality is raw uncompressed, and the development software is Photoshop CS 6 I adjust the “exposure level” and “white level” somewhat depending on the photograph, but many shots are taken out as it is. 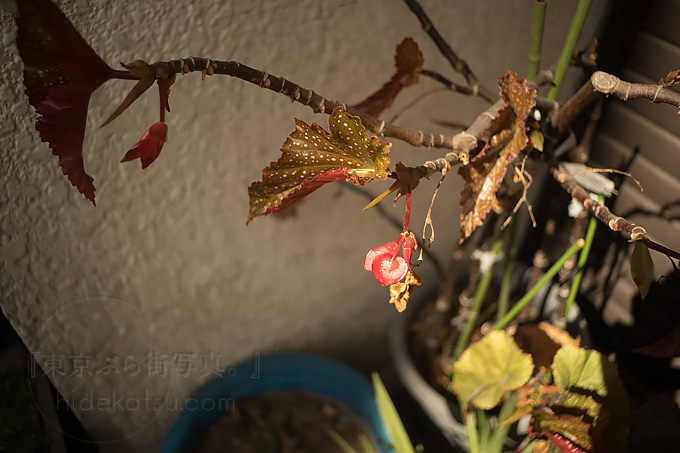 The white balance is whether the retro feeling is also suitable for lenses, 6500k is almost, and when the sun goes down, it is 6000k.

The coiling “swirly blur” which can be seen when you use a Russian old lens Helios. If you do not [ – ]

Lens and manufacturer introduction Steinheil seems to be a German manufacturer with an old history, and it seems there was [ – ]

When I was looking at Yahoo auction, I found a rugged model of familiar Zebra pattern Flektogon. It is also [ – ]

Flektogon 50mm F4.0 in Shinjyuku-gyoen. Discover a decky flektogon with a presence!